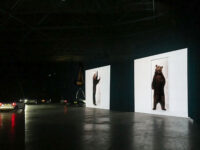 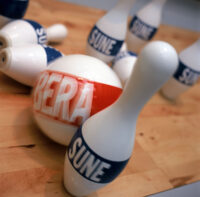 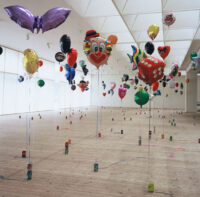 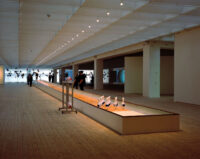 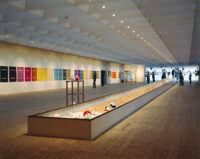 Note / In the run-up to her first museum exhibition in The Netherlands, Van Warmerdam was thinking about a new work while pacing up and down in her New York studio. After a few days she became aware of this pacing. The Dutch term for pacing up and down is ‘ijsberen’, which also means ‘polar bears’. That persuaded her to place a tame bear in a doorway and, by filming it from two angles, make a double film loop. The bear became restless during the shoot, probably due to the heat from the lights, so it had to be returned to its trailer prematurely. The film was later reshot at the home of the bear’s trainer.