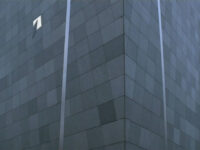 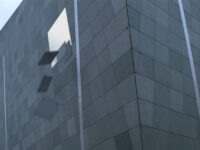 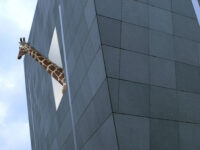 Note / The Dutch television company VPRO devoted a programme to the opening of the new building of the Van Abbemuseum in Eindhoven. Van Warmerdam was commissioned to make a short film and she interpreted the museum as a place where unusual artefacts are preserved for future generations, just like exotic animals in a zoo. MvW: ‘I believe that a museum is comparable to a zoo, which has its pros and cons. I chose a giraffe because I’m also thinking of Jan Debbaut, who stuck his neck out to have this building built.’